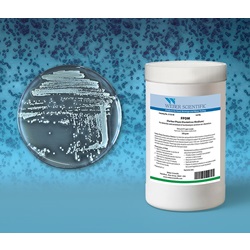 In conjunction with University of the Sciences, Weber Scientific is pleased to announce the launch of a novel microbiological media for the detection and enrichment of Saccharomyces cerevisiae var. diastaticus. Saccharomyces cerevisiae var. diastaticus is a wild yeast contaminant which represents a major beer spoilage threat. Product contamination has led to costly product recalls as infection may lead to off-flavors, over-attenuation, and over-carbonation, potentially causing gushing beer, exploding packages, or non-compliance with federal reporting of alcohol by volume. Unlike Lin’s Cupric Sulfate Medium (LCSM), this new formulation supports growth of all diastaticus strains tested and inhibits the growth of traditional brewer’s yeast. Brewers can now access a quick and reliable method to test for diastaticus contamination at all points of the brewing process.

Below are some of the features of this new medium: