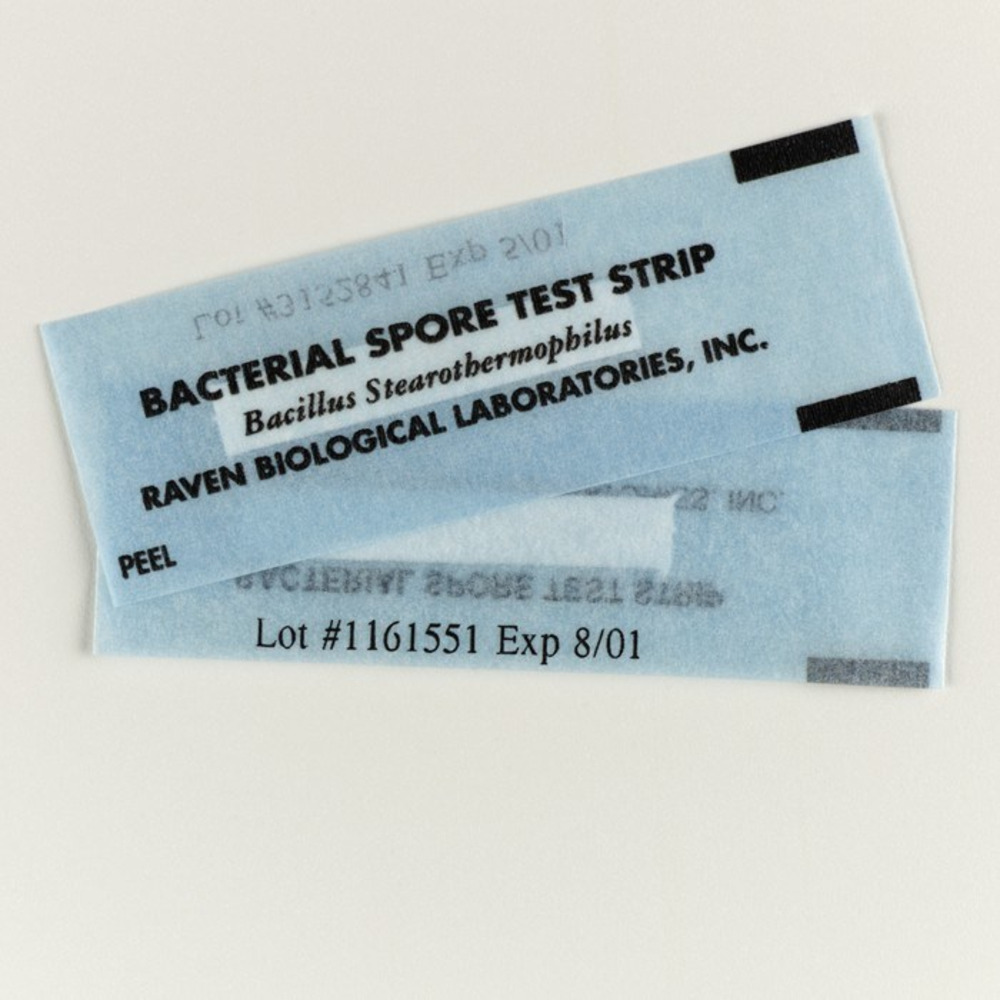 PROCEDURES FOR USE: A minimum of two test strips in glassine paper should be introduced into the sterilization chamber along with the material to be sterilized. At the end of the sterilization process the strips should be aseptically removed from the glassine paper and transferred to the recovery media (tryptic soy broth). The media with the strip should then be incubated at 56°C (steam) or at 35°C (Dry Heat or EO). A control strip that has not been subjected to the sterilization process also should be incubated at this time in recovery media. The tubes of media should be checked for growth as described in the instructions accompanying each package of strips.

CERTIFICATION: Each box of strips contains instructions for use and a certification of population and D-value. The certification also will include the expiration date.