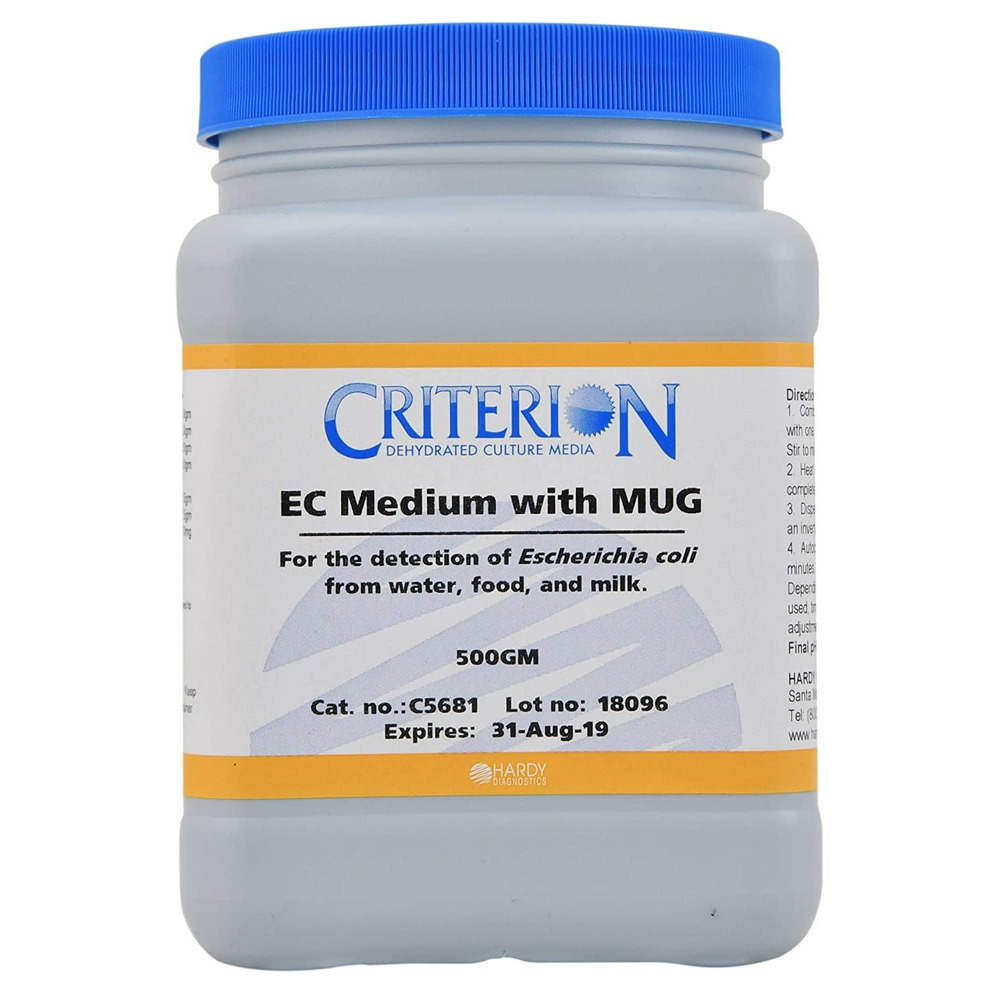 A buffered Lactose broth, it contains Bile Salts to inhibit Gram-positive bacteria and spore-forming microorganisms while enhancing that of E. coli. Coliforms can be detected by growth at 37°C, while Escherichia coli are detected by growth at 44.5°C. Dipotassium Phosphate and Monopotassium Phosphate act as buffering agents while Sodium Chloride maintains the osmotic balance of the medium.

MUG The addition of 4-methylumbelliferyl-β-D-glucuronide (MUG) allows for the rapid detection of E. coli. MUG is used as a substrate to detect glucuronidase activity, since its degradation by this enzyme produces the fluorescent compound 4-methylumbelliferone, visible under UV light.